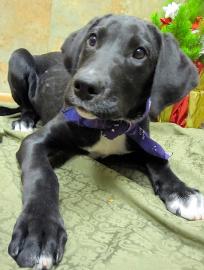 The only way I can walk this dog is on a prong collar. Listen, I have tried everything. Besides, my trainer told me that a prong collar works by mimicking what the mother dog does to correct her puppies-it doesn't hurt the dog at all!

What do you mean that's a myth? See Myth #9? Okay...be right back- I should use my "back" button to return to this blog when viewing the links? Whatever.

Okay, but, what am I supposed to do? Let him get away with murder? I would rather make him uncomfortable for a while than have him end up euthanized at a shelter!

What?! Dogs trained using aggressive methods are more likely to become aggressive themselves? Says who? Study by the School of Veterinary Medicine at Penn


Well, besides, he lunges at other dogs when I am walking him on leash. I give him a swift correction and say "LEAVE it" the minute he starts that nonsense. When he stops, I tell him "Good Leave-it" so he knows he was good.

What do you mean he does not know why he is being corrected?! I am TELLING him why. Yes, I know he is a dog and does not understand English, but he KNOWS he is being bad-that's why he tucks his tail and looks ashamed after I give him a correction. Wait...so he is not guilty, he is trying to signal me with his body language that he does not want conflict?

No, I do not think he is beginning to associate the painful sensation with the other dog-why would he?

So...you are saying that dogs live in the moment and if they are LOOKING at the other dog when I give the correction, he might associate that sensation with the other dog? And done enough times, the SIGHT of another dog becomes a predictor of bad things to come, in his mind?

Okay, but you do NOT understand this dog. I got him from the pound when he was four and a half months old. The people who had him said he was just "too much dog". He's only a year old now and still has too much energy! 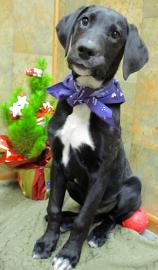 Yours, too, huh? Really?
Same story and everything?You made a video of his first day of training?   Wait-you mean everything I DO is training? Oh boy...but can't I just take him to class for six weeks and then kick back?

But, my dog is HUGE. Your dog is probably a small dog, easy to walk on leash.

Your dog weighs almost 80 pounds? You made a video of his every-day energy level? Video of half grasshopper half dog that is Dexter

Well, clicker training is fine for tricks and things like that, but you can't use it for serious training, like self control.

You can? How about with food dropped on the floor right between his waiting paws, near his face??? Can you train that, Smarty-pants? Video of amazing self control here

But I'll bet he doesn't do anything unless you have food on you, or nearby. You know what they say-if you train with treats you will have to carry food on you at all times, for-EVER and the dog will become spoiled.

He performs even with no food in the room? I do not believe you.
What!? You have a video of THAT, too!?  Can I see it? It's right here?

What did you say this training -thing was called?!


"A trained dog understands that the way to get what she wants is to control herself, and a trained handler knows that true control of an animal must come from the animal herself, not from the handler." - Sue Alisby

One Pebble At A Time

Clicker training is unlike most traditional methods of teaching dogs in many ways.

For example, clicker training teaches the behavior first, then adds the cue (not a "command"*) Once the cue is added, un-cued responses are no longer rewarded. The result? A dog that learns to pay attention and wait for you to issue the cue in order to be successful.
Behaviors are broken down into tiny components

Just as we do not expect that our five year old will bring home the novel, War and Peace and a reading assignment after his first day of Kindergarten, we do not expect our beginner dogs to learn advanced behaviors in one training session. Taught separately, behaviors are then chained together, resulting in some astoundingly complex sequences. So it is with a child learning to read-learning what each letter represents is the beginning step to writing a novel someday.
Very few words are spoken during training

But won't my dog learn faster if I tell him what he is doing wrong? The beauty of clicker training is that you already are, in effect, telling your dog what you want. A click means "yes". No click means "try again, dog!"  Human language is very confusing to dogs (just think of how many words sound alike to us!). If you chatter constantly, your dog will (out of necessity) tune it out. Make your words count-use them sparingly when training.
Self Control

Another side effect of clicker training is a built in lesson in self control. If you are the learner and you are not paying attention and actively participating, you don't get the reward.  If you are the teacher, you soon learn that if you end your training sessions on a pleasant note (as in quitting while you are ahead-not easy!) you greatly increase the odds of having a willing participant the next time around, and then the next time after that.
The bottom line is, little by little, every day, we teach and we learn. Each little pebble of this process is like the first steps of a journey-in the beginning it feels like we are getting nowhere, but just keep walking- suddenly you will be exactly where you want to be. 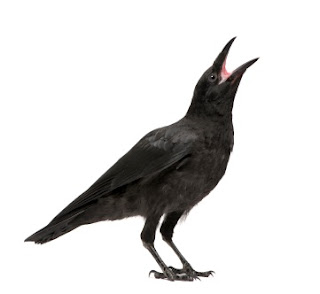 *Another difference is the use of "cues" rather than "commands". Why? A cue gives the learner an opportunity to perform a requested behavior and then be rewarded. A command is used to communicate to the learner that "this must be done or else".  "Or else" is usually something unpleasant.

Posted by Unknown at 9:01 PM No comments: