This story begins in the northeast of Thailand in a place called Nakhon Phanom. On August 13, 2011 Thai police infiltrated a group of dog smugglers carrying over a thousand dogs-some stolen, some strays, some taken in trade for cheap goods. The dogs had been crammed into small wire crates which were then stacked and loaded onto four trucks. Many of the dogs died during the transport and of those that survived the suffocating journey thus far, some of the unluckiest would die only moments before safety arrived as the smugglers desperately tossed crates from the truck bed in an effort to gain speed and avoid being captured.

While better off now than with the smugglers, the danger was not yet over. The remaining dogs, many unhealthy to begin with, now faced fast-spreading illnesses in the overcrowded conditions.

"But although they have been saved from dog-trader gangs, no one can guarantee they will be safe and survive in their crowded cages while a shortage of food threatens their lives.
Some of the animals were reported dead or injured. The rest are at Nakhon Phanom Animal Quarantine Station.
They looked exhausted after they were moved from the small cages to be put in the station's only big cage. But that cage, which has a maximum capacity of 500 dogs, now has to house 1,800. They have inadequate food and water, as the station does not have the budget to feed such a huge crowd of dogs.
"Police believe all the dogs would have been transferred to a ship waiting in Ban Phaeng district of Nakhon Phanom before going across the Mekong River to be sold in Vietnam"

John Dalley, Bee and others visited Nakon Pathom this weekend where the dogs seized from the dog meat smugglers are being held.
The dogs in this photo album are up for urgent adoption. There are around 800+ dogs there and it is critical that the most needing cases are adopted as soon as possible.
If you have ever considered adopting a dog the time is now to step up.
Logistics re: export etc. will be handled by Soi Dog Foundation as required.
Contact Bee her on Facebook at: https://www.facebook.com/beeproduceror leonard@soidog.org
PLEASE SHARE THIS POST FAR AND WIDE AND ENCOURAGE YOUR FRIENDS TO DO SO AS WELL"
=================
September 18, 2011
From: Jenn-Soi Dogs Volunteer
To: Chris Waggoner
Would the one sitting on the right be of interest?”
================== 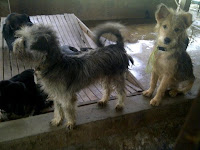 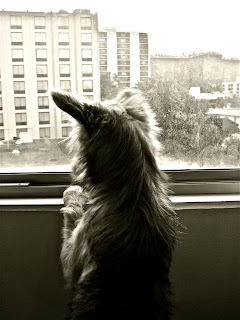 The final leg of Benji's journey is less than two hours away. At that time I will pick him up at the airport near my home and will give him his brand new name.

He will live with me, forever.

I hope you will follow his story as I continue to write about our days together. After all, we are all on a never ending journey. Who knows where life will take us next?

For more information about Soi Dogs, please watch this documentary Soi Dogs, The Movie
To read about the rescue of Arlo and the other thousand dogs, click this link. Warning-graphic content.
Posted by Unknown at 4:22 PM 8 comments: Links to this post