Dogs are not. Maybe it’s because what we ask them to do is so strange and foreign to them that generalizing becomes impossible. I’m not sure. Perhaps it’s a bit of both.

You're losing me, Chris. How about an example?

Okay. If you teach your dog to “sit” by standing in front of him while in your kitchen, then ask him to “sit” while you are outdoors and you are seated in a chair, he will likely look at you, wag his tail and continue doing whatever it was he was doing before you began speaking.

This, to 99% of us looks like “That darned dog just blew me off! He KNOWS how to sit! He just did it 100 times in the kitchen!” Many uninformed trainers will suggest that this is the time for a “correction”.

That’s because in Dexter's mind, the cue to sit was not the word, it was my body “signal!”  I did this little exercise on purpose to illustrate a point. But what if you were unaware that your cue is something other than what you thought?

Would you become frustrated when your dog failed to perform as requested?
What if your trainer recommended that you punish the dog for not responding to something he “knows” how to do?
What must your dog think of you if (to him) you become angry out of the clear blue sky?
Would he trust you enough to continue to offer you behaviors in an attempt to figure out what exactly you want?

Because we humans are so verbal, we often assume it’s the word that the dog understands and is cueing from, when as you clearly saw from the video sometimes the cue is not what we think it is.

Take your emotions out of the situation. If your dog does not do something you have just asked him to do, is it because the cue is not what you thought it was? Are you bending forward as you give the cue? Rocking back? Blinking? All of these things are usually easier for most dogs to latch onto and understand than a verbal cue! 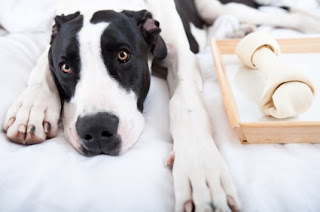 Take corrections OUT of your training plan. You don’t need them. They only serve to muddle the training process because if your dog does NOT understand what you are asking him to do, why would he understand a correction for something he does not understand in the first place? Never forget that we are teaching another species to perform behaviors that make no sense in his world. In real life, dogs do not instruct one another to "down" or "sit".

If you are getting inconsistent results when you offer a cue, go back to the start and really examine your training. You may even have to train the entire behavior from scratch, using a brand new cue.

Next, generalize the behavior by teaching it again in new locations, using baby steps as you change the environment. Do not expect perfection. Just because your dog sits perfectly at home, this does not mean he will sit perfectly in the middle of Home Depot with shopping carts buzzing around him. Take time to adjust for new situations.
Video is your friend-record a training session or two-you may be very surprised at what you discover (And no, I am not talking about your rear view!)

Happy Training!
Posted by Unknown at 8:31 AM