I Shouldn't HAVE To! 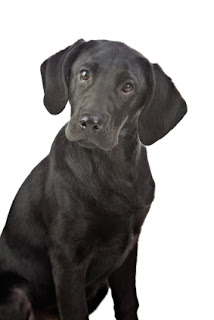 *Joy recently called on me to solve a problem she was having with her adolescent Labrador pup, *Bear. The problem arose when she left Bear home alone for just an hour while she ran some errands, something she had only just begun to do. Joy had always returned home to find things just as she left them.

Except...this time. This time, it seems Bear had discovered the counter top, where he found (insert sound of angel trumpets):

"And what is this?..a soft, cushy paper-like substance all collected on a roll...what fun!!!"

Joy described the shock of returning home to find Bear happily snoring on the sofa, surrounded by the evidence of his debauchery. Her disbelieving eyes went from the spilled boxes of bird seed scattered all over the floor to the empty bag of bakery cookies (devoured along with most of the bag itself) next to what may possibly have once been a jumbo roll of paper towels-now a mass of soggy clumps, slowly drying on the carpet and the sofa.

So, what have you tried? I asked, bringing us both back to the present.

"Well, scolding him, of course. He puts his head down and looks very guilty so I always think he has learned his lesson, but no sooner do I turn my back and leave something on the counter than he is at it again!"

This led Joy to (naturally) assume that the dog was sneaky and defiant.

"He knows not to eat off the counter. That's why he only does it when no one is in the room! He is a bad dog, but I love him" she admitted as she glared briefly at the pup then absentmindedly stroked his big thick head, smiling despite herself.

"Anyway, my last dog, AngelBabyPerfectDog never stole food from the counters! I didn't have to pick anything up. In fact, I firmly believe that I shouldn't have to."

Why? I can only imagine the answer lies somewhere between:

1. The new way we keep dogs (in our homes, not working outside as they once did)


2. An unrealistic notion of what dogs are as presented by a once popular television show. One that would surely deem this pup's behavior as "dominant" and would perhaps advise Joy to "claim the counter using her energy."

Well, I don't know about that (sounds pretty far fetched to me), but what I do know is this; there is some powerful reinforcement at work here!

Lets break this down using a simple formula (ABC):

The fastest, most effective solution is to manage the environment - in other words don't leave anything out that you don't want eaten or destroyed and when you cannot supervise, make sure your pup has a safe place to be in. Yes, much like a toddler.

I no longer have toddlers in my home but the thought of placing cleaning products under my sink was unthinkable when I did. I would never have taken the stance that "I TOLD that baby to stay out of those cleaning products! I shouldn't have to put them out of his reach.  No means no, after all! Who is in charge here, me or that baby?!" 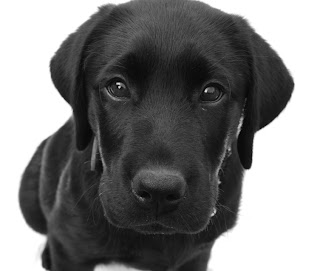 Because you chose to bring this big lug of a dog into your home.

In return, he gives you joy and happiness and is unquestioning in his innocence that everything good comes from you.

He trusts that you will keep him safe, even from things he loves.


And having to change some house keeping habits is a very, very small price to pay for that.

*Names and certain details were changed  for privacy
Posted by Unknown at 8:17 PM